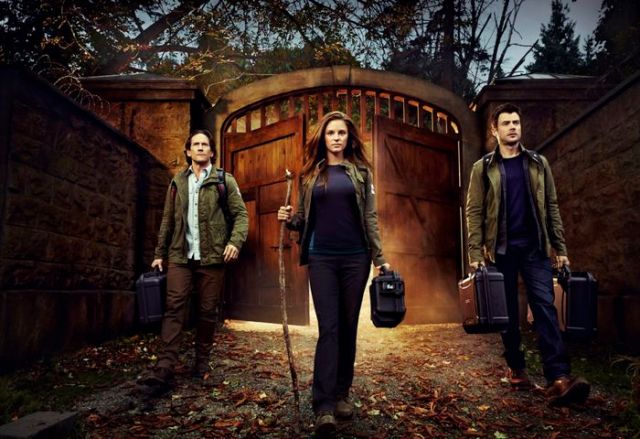 With the new season of Helix already on its way, episode 2 of this dark sci-fi thriller promises to challenge the very conception of who is safe in a genetically modified world of clashing ideas: “life or death?”

In the previous episode of Helix season 2, in my review I make note of the fact that a new plague has been unleashed that not only appears to be an upgraded strain of the NARVIK virus introduced in season 1, but is subsequently targeting the group of Immortals who developed the NARVIK virus to begin with. Thus, not only putting the entire world at stake, but equally putting into question the supposed indefinite life extension of the Immortals.

In episode 2 of Helix we find the CDC stuck playing cat and mouse with what appears to be infected members of the cult that provided shelter for the scientists. The first occurrence of an infected member took on the appearance of what resembled to be a coherent, self-aware patient who just happens to be sick. Though not everything about the infected turns out to be (relatively) normal, given the fact that anyone who is infected has an innate tendency to lash out in violence to anyone they personally know and/or anyone who gets in their way.

30 years into the future, we find Julia on the same island, only in search of what is supposedly Alan Farragut’s gravesite. Given the fact that we now know that Alan was hiding in the church, pretending to be one of the cult members, as he continues his search for Ilaria Corp’s virus source, it would be safe to assume that, 30 years later, Julia could perhaps find clues as to what they’re dealing with as the virus continues spreading like wildfire. When the gravesite is found and dug up, however, instead of finding the skeletal remains of Alan Farragut, she discovers a complete set of bones deriving from different sets of people. To make this discovery all the more interesting, it would appear that Alan had left behind a clue after all: a map of the island etched on one of the bones, with an endpoint marker set for Julia to follow.

30 years back, with the CDC still in search of infected members to quarantine, Sarah finally discovers Alan trying to pass off as one of the cult members. When she approaches him, Alan refuses to tell her his exact motives and instead demands that she and the rest of the CDC leave the island immediately. When she asks him about the cult, given his stay with them for some time now, Alan’s response wasn’t a verbal one, but rather a symbol using his hands that only he, his brother Peter, and Sarah know its meaning: run!

If anything of season 2 of Helix tells us thus far, it’s that disease, whether it be present day or in the future, is an ongoing problem that humanity must deal with. The prospect of disease turning into an existential risk to our very way of living is all too important to ignore, especially given its past deviations of being a risk to our entire species. Even when we come to embrace the Transhumanist Age, whereby everyone is granted the option of indefinite life extension, a very powerful virus could do away of everything in far less time.

“The health of the people is of supreme importance. All measures looking to their protection against the spread of contagious diseases and to the increase of our sanitary knowledge for such purposes deserve attention of Congress.” – Chester A. Arthur, 21st President of the United States

Season 2 of Helix is very entertaining, and subsequently quite thought-provoking, insofar as it challenges us to think about the future of disease and how we’re to overcome it. This is what sci-fi should be doing, if not promoting a positive future, at least providing one which forces us to think of ways in creating a better world one day.

If you haven’t watched season 2 yet, then I highly recommend you doing so as soon as possible. Episode 3 will be airing tonight, 10pm (EST), on the SyFy channel. The entire season 1 of Helix is also provided on Netflix.