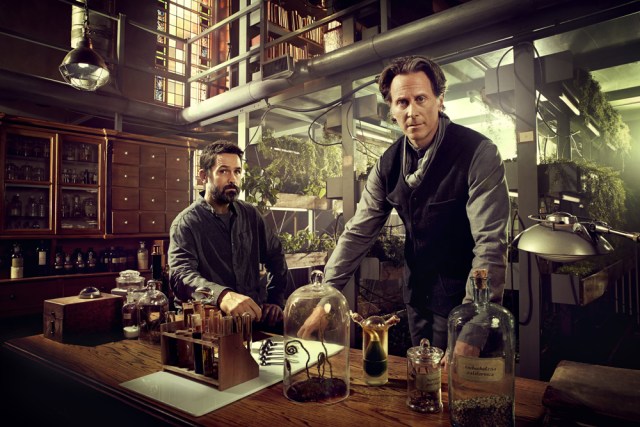 Season 2 of Helix is already promising a dark, sci-fi take on how the future might develop as a result of today’s genetics revolution. The question at hand, however, is what will be the Neo-Luddite’s role in such a future?

In the previous episode of Helix season 2, in my review I note the prospect of a genetically enhanced strain of a super virus destroying not only the “natural” world, but subsequently the relatively new world consisting of Immortals – those who’ve achieved indefinite life extension. In comparison to our own world, whereby we’re just at the brink of a Transhumanist future, we have to greatly emphasize the battle against contagious diseases that may cripple our very livelihoods, not to mention the future we wish to develop.

For episode 3 of Helix we find the CDC inching closer and closer in figuring out what this newly enhanced NARVIK virus really is, alongside the source of the virus. The only problem being that the Neo-Luddite cult who’ve taken them in for safety are consistently getting in the way of their pursuit. Whether their actions are intentional or not is left in the wind, but growing evidence points to them attaining a role in this new virus someway.

30 years into the future, we find an unexpected family reunion between Julia and her father, Dr. Hatake from season 1 of Helix. Though something isn’t right, seeing as how Dr. Hatake has convinced himself, over the course of 30 years of hidden isolation, that he is living with both his son and wife – both of whom were killed in season 1. Despite this, both his son and wife act as a subconscious safety mechanism to keep him aware of his surrounding environment, including whether or not he can trust Julia, given her previous role with Ilaria Corp.

30 years back, with the CDC continuing their pursuit in containing this virus before it spreads any further, the Neo-Luddite cult are beginning to reveal their true motives – or, at the very least, a subgroup within the cult who wish to achieve their goal for humanity in ways their leader would oppose. Given their knowledge of grafting – a horticultural technique used to genetically modify crops before we ever developed transgenic crops – they’ve used their resources to not only spread the virus throughout the island, but are subsequently creating new crops that allow them to “hypnotize” the young children – and anyone else they so choose – to go into a savaged panic and attack members of the CDC.

Season 2 of Helix is really starting to shape a narrative that I believe the Transhumanist movement should keep in mind as we continue progressing forward. Yes, the advanced technologies that we’re pushing ahead will greatly benefit humanity and our planet as a whole, but when placed in the wrong hands – especially given the advent of our growing open-source sci-tech culture – everything we fought for could quickly be brought to its knees and destroyed faster than it was built.

“Either we change the collective tendency for zealotry in all people…or we are going to be facing all types of crazy biological and genetic attacks to make the current [era] (emphasis added) of computer viruses and worms seem like school yard taunts.” – David Saintloth, “When the crazy and stupid can build monsters in their basements…“

This is a warning not to be taken lightly. Instead we should be planning mass committees, discussion, and education on the evil of zealotry in our present day – whether it be the anti-nanotechnology terrorists in Mexico or the al-Qaeda-based ISIS throughout the Middle East. As we continue moving forward, creating the “utopia” we’ve all dreamed of, we also need to make efforts in preventing the existential risk of those using our future against us.

Until then, I highly recommend you keep watching season 2 of Helix. It’s a great, thought-provoking TV series that’ll surely continue forcing us to ask the hard questions of our future. As I mentioned in my previous reviews, if you haven’t watched season 1 of Helix, it’s currently available on Netflix. Episode 4 of season 2 will be airing tonight, 10pm (EST), on the SyFy channel.

One thought on “Helix Season 2 Episode 3: The Prospect of Neo-Luddite Cults”