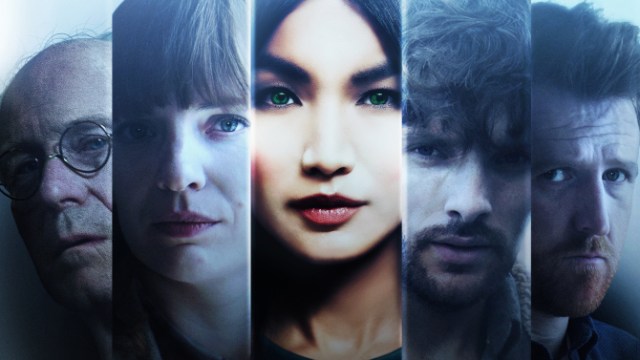 One cannot deny the overwhelming evidence of a soon-to-be established robotics economy in our very near future. What this entails is unclear, but we have a relatively good idea on the possibilities. But what if, like a needle in a haystack, there lies hidden a group of robots who are not only self-aware, but are aware of what might happen to them if society knew they existed?

Launching off to be one of the most exciting sci-fi television series this year, Humans sets itself up in a near-future setting where a large margin of the U.K. economy is operated, in some way, by robots known as Synths – from transportation and cleaning services, to housekeepers and sex workers. At first glance, it would appear that the artificial intelligence built within the neural network of these Synths are relatively simplistic. That is, for most of them.

For whatever reason, which has yet to be established on the show, a small group of Synths appear to be self-aware. Not only that, they’re subsequently working with a human comrade, named Leo (starring Colin Morgan), on an unknown mission that’s clearly taken a turn for the worse. During a brief moment of being split up, half of the Synths were snatched and re-integrated back into society, with their captors unknown to their apparent sense of self-awareness.

Which brings us to Anita (starring Gemma Chan) – a stunning gynoid Synth who, when stolen and re-integrated, begins working for the Hawkins family as their housekeeper. Feeling a bit uneasy over a Synth living in her home, Laura Hawkins (starring Katherine Parkinson) makes it a habit to keep a close eye on Anita as she attends to each of her responsibilities. During a few brief moments throughout the episode, however, Anita can’t help but accidentally reveal questionable behavior to Mrs. Hawkins, raising suspicion that she isn’t like every other Synth roaming the streets of London.

Elsewhere in the city, Leo embarks on locating the stolen Synths before people start realizing their secret of sentience. During this search, we get quite a blunt outlook on some of the more degrading services in which these Synths are forced to perform. When you couple this with their self-awareness, one can’t help but notice its close similarity to slave labor.

With this only being the first episode of the new series, Humans is already starting to really make a name for itself as it explores the all too real possibility of what kind of issues we might find ourselves dealing with in the near future. Important questions begin being asked almost immediately: what is the importance of having a robotics-driven economy? Why should we make them appear human? How will society react when these robots begin displaying similar characteristics to self-awareness?

“The best reason for making machines more like people is to make people less like machines. The woman in China who works 11 hours a day stitching footballs; the boy in Bangladesh inhaling poison as he breaks up a ship for scrap; the minor in Bolivia risking death every time he goes to work – they can all be part of the past.” – Dr. Ji Dae-sun (starring Akie Kotabe)

I try not revealing too many spoilers for this episode, due to the fact that a lot of crucial events occur which set up the plot for the entire season. All I can do is strongly emphasize the importance of a show like Humans, which isn’t afraid to ask the uncomfortable questions we refuse to ask ourselves as we near a future not too dissimilar from the show’s.

Each week, I’ll be writing a review on the latest episode. If you haven’t watched Humans yet, the show airs every Sunday on Channel 4 and AMC.